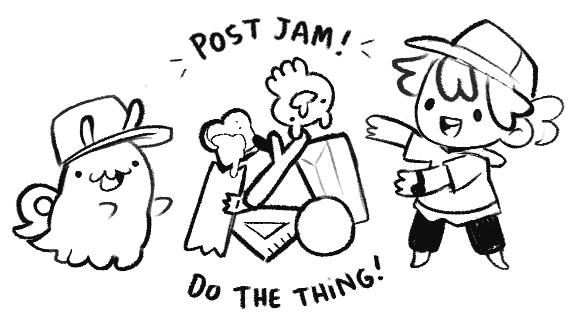 Hello! A new improved more stable version of the game is here! Do not forget to share your ✨ masterpieces✨with us!

There were a lot of ideas and gameplay to polish that we just could not resist to work on this past week, and we might do a v1.2 update with some extra content down the line too, I won't ramble on the details but here is the full changelog:

+ Extra miscellaneous & bug stuff that magically got fixed while re-coding some of the game systems :0

Get Do The Thing!